1yo Bay or Brown Filly

This stong filly has plenty of size and scope. She is from a truly International family, being out of a winning Giant’s Causeway mare. Shakeyourbody is already the dam of French Group 3 winners Skyward and Siyoushake. As well as the Group 3-placed Pleasmetoo, also a winner in France. The second dam feature’s Group 1 winner Frost Giant, also by Giant’s Causeway, making him very closely related to this filly’s dam. Combining a true International page with the colonial speed of Brazen Beau, one of I Am Invincible’s best sons. Brazen Beau won the ‘stallion making’ Group 1 Coolmore Stud Stakes down the 1200m Flemington straight on Derby Day. He is a young stallion with proven top-line performers such as Group 1 winner On The Bubbles and Group 1 performed colt North Pacific, now also at Stud. ” 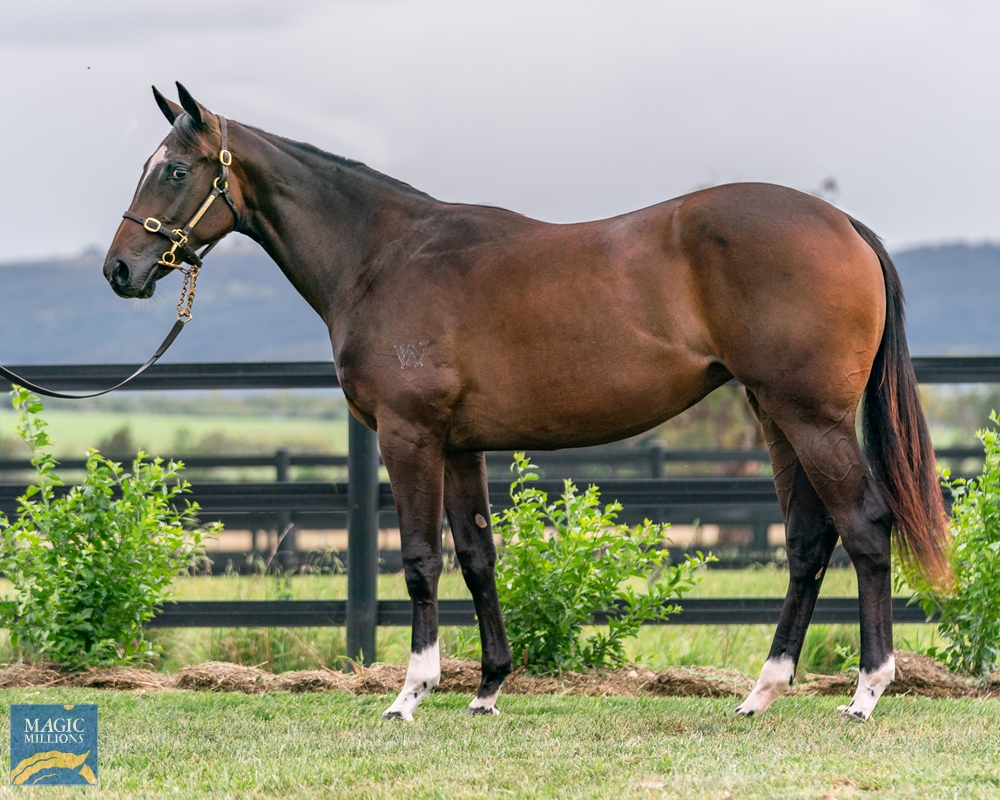