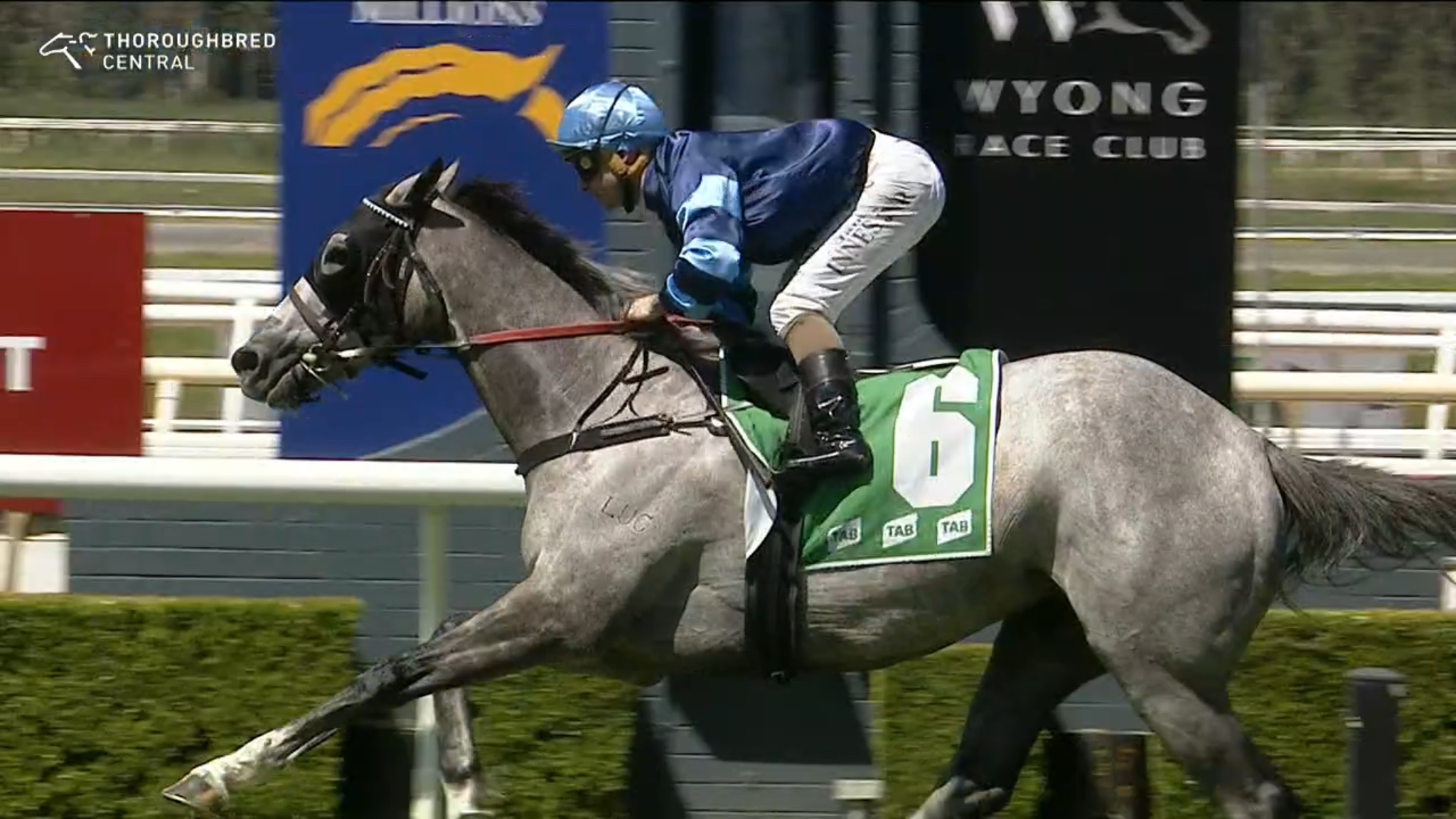 Diorissima finally broke her maiden in emphatic fashion at Wyong over 1350m with James Innes Jnr in the saddle on Wednesday.

The flashy grey mare has always shown promise, and she put that on display winning in great style with a barnstorming finish down the outside.

The Tapit mare was having her first start as a four-year-old, off the back of a winning Randwick trial.

“She had a very frustrating three-year-old season,” Pierre Dubois said.

“It was great to see her finally get the win she deserves. James seems to get along with her with his two rides providing a second placing and a win today.

“It wasn’t easy to come back on the leaders, although when James asked her to go for it, she really put her best foot forward and fought right through to the line.

“We will now look for a Highway race and try and get a City win on the pedigree as she is currently in foal.”

She was a $160,000 purchase from the 2019 Magic Millions Sale from the Vinery Stud draft. Diorissima has a very American influenced pedigree being from the imported mare Dixie Smile. Her second dam Broad Smile was a six-time Stakes winner and has been an excellent producer at stud also.

Featured in the pedigree is the Group 1-winning Testa Matta who won over $5 million in prize money. Testa Matta is also by Tapit, making him a close relation to Diorissima.